Join us to celebrate Bloomsday in Brisbane 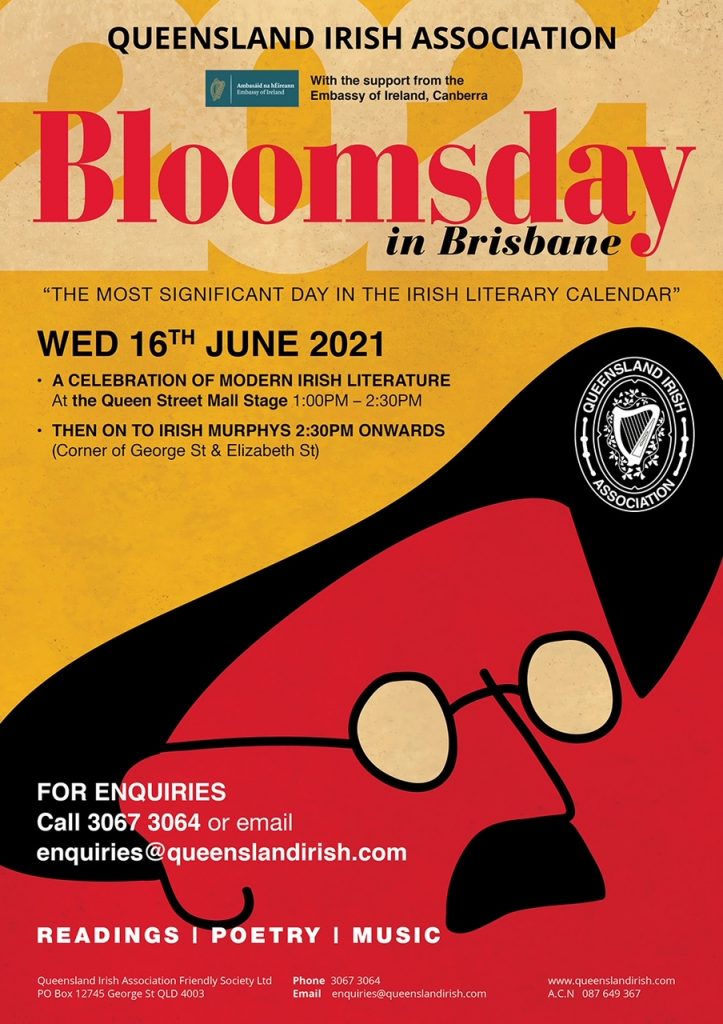 Join us in celebrating Bloomsday in Brisbane. We will have a celebration of modern Irish literature at the Queen Street Mall stage from 1pm on Wednesday, 16th June, followed by drinks at Irish Murphys from 2.30pm.

Bloomsday is a commemoration of the life of Irish writer James Joyce, observed annually by the Irish community across the world on 16th June, the day his novel Ulysses takes place in 1904, and named after its central character Leopold Bloom.

The novel follows the life and thoughts of Leopold Bloom and a host of other characters – real and fictional – from 8am on 16th June 1904 through to the early hours of the following morning.

Celebrations often include dressing up like characters from the book and in clothes that would have been the style of the era. One of the hallmark fancy dress items of Bloomsday is the straw boater hat. Celebrations come in many different forms like readings and performances.

The first Bloomsday celebrated in Ireland was in 1954, the fiftieth anniversary of the first Bloomsday, when the writers Patrick Kavanagh and Flann O’Brien visited the Martello Tower at Sandycove, Davy Byrne’s pub, and 7 Eccles Street, reading parts of Ulysses and drinking a great deal as they went! Today, Bloomsday is celebrated by Joyceans across the globe with readings, performances, re-enactments, and a host of other events.

Bloomsday in Brisbane is a key QIA event. Readings from the great book will be given by members of the Queensland Irish community. We recently put a call out on our social media network for volunteers and received an enthusiastic response.

This promises to be a great day out and we would love to see you there!